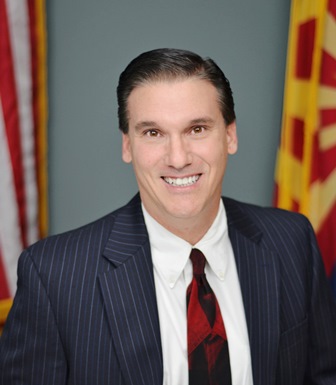 Kenneth N. Weise was appointed Mayor in June 2014 and subsequently elected Mayor in 2016. Prior to serving as Mayor, he served as an Avondale City Council Member beginning in January 2006 when he was initially appointed to a vacant council seat.  He was later elected to the City Council in September 2007 and, during his tenure, served as Avondale’s Vice Mayor from 2008 to 2010.

Mayor Weise currently serves on the Maricopa Association of Governments (MAG) Regional Council,  MAG Regional Council Executive Committee, MAG Transportation Policy Committee, and a member of the Greater Phoenix Economic Council’s Board of Directors. A true public servant, he has also served on several other committees including the Charter Review Committee, the Contributions Assistance Council Subcommittee and as Chair of the Western Maricopa Enterprise Zone (WMEZ). Mayor Weise is a current member of the National League of Cities (NLC) and the League of Arizona Cities and Towns.

Mayor Weise is a Sales Manager at Relumination and previously served on the Board of Elders at Trinity Lutheran Church. He volunteers for various organizations and feels strongly about giving back to his community.  He studied Business Administration at Moraine Valley College in Illinois. He and his wife, Shari, have two daughters and have called Avondale home since 1995.