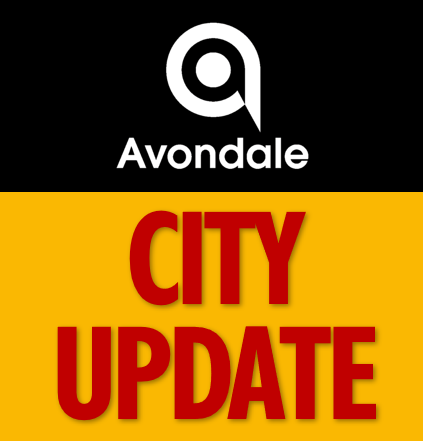 No witnesses are present at arraignment and no testimony will be taken. The judge at arraignment will not grant a defendant's request to dismiss any charges. Instead, you must decide upon and enter a plea to the charge against you. There are three possible pleas to a criminal charge: Not Guilty, Guilty, No Contest.

Your decision on what plea to enter is one of the most important decisions you will make.  We suggest you read the following explanations before entering your plea:

B. THE PRETRIAL CONFERENCE

You and/or your attorney will be given an opportunity to meet with a Prosecutor to review the facts supporting the State's criminal charges against you.  You may be provided with a settlement offer at the pre- trial conference (PTC). At the PTC, you are entitled to review the evidence against you including police reports, accident reports, and any other evidence that the State intends to use at the trial. At this time you must disclose the names and addresses of witnesses you will be calling to testify at trial and any other evidence you intend to present. If you fail to give notice of your witnesses or evidence, you may be prohibited from using such witnesses or evidence at your trial.

Requests for subpoenas should be made well in advance of your trial so that you have time to have the subpoenas properly served.

Witnesses do not attend the pre-trial conference, and no testimony is taken. You are not required to discuss the facts of your case with the Prosecutor.  The Prosecutor may well be a nice person, but the Prosecutor represents the State and will put forward a case based on the statements of the police officers who cited you.  Anything you say to a Prosecutor could be used against you in further proceedings.

You have three options at the PTC:

Depending on the alleged offense, you are entitled to either a jury trial or non- jury trial, that is, a trial to the judge.

You are entitled to hear all testimony introduced against you, however, if you do not appear the trial can be held without you and you may be found guilty in your absence.

You may call witnesses to testify on your behalf.  If they will not come voluntarily, you have the right to have the Court issue subpoenas for witnesses to ensure their appearance at trial. Requests for subpoenas to be issued should be made well in advance of your trial so that you have time to have the subpoenas properly served.

The trial is the time when the prosecutor presents the evidence supporting the allegation against you. You have the right to put on your own evidence, but a defendant is not required

If you are represented by an attorney; you will be advised regarding the presentation of your case. If not, you need to be aware of the following:

The State will present its case first by calling witnesses to testify against you.

After each prosecution witness has finished giving testimony, you will have the right to cross-examine the witness. Your examination must be in the form of questions about their testimony. Do not argue with the witness. Do not attempt to tell your side of the story at this time. You will have an opportunity to tell your version of the facts later in the trial, if you so choose.

After the prosecution has presented its case, you may present your case. You have the right to call witnesses of your choosing.It is at this point that you may testify on your own behalf if you desire.

Following the defense case, the State may, if it wishes, then present rebuttal evidence.

At the end of the trial, you will have an opportunity to summarize your case to the jury, or, in a non-jury case, to the Judge. At that time, both sides argue based on the evidence presented during the trial.

The State is required to prove the charge(s) against you beyond a reasonable doubt.

The judgment or verdict will be based on the facts and evidence presented during the trial. Only the evidence admitted by the Court and the testimony of witnesses who are under oath can be considered.

For some offenses, there are statutory minimum sentences which the Judge must impose. In no instance will sentences exceed the maximum levels of $2,500 fine plus surcharges and/or 6 months in jail and/or 5 years probation.

If you are ordered to pay a fine, fee, and/or restitution, payment in full is expected on the day of sentencing. Payment on any financial sentence may be made by cash, check, money order, credit/debit card or payment by phone.  If you meet certain financial requirements, you may be allowed some time to pay. However, a time payment fee will be added to the amount that you owe. Failure to comply with a payment schedule will result in additional Court proceedings and possible sanctions for non- compliance. This may include, but is not limited to a warrant being issued for your arrest, the suspension of your driver's license, referral to a collection agency, the attachment of your Arizona income tax refund, and any other legally appropriate collection actions against you. If the Court refers your account to a collection agency, any additional collection fees will be added to your account balance.

If You Are Contacted By A Collector

Courts have begun using a collection agency as part of a program called “FARE” standing for Fines, Fees, and Restitution Enforcement.” You may be able to locate and pay your account on line by using the keyword “FARE” on the search engine on your computer. You will need the account number which appears on the collection letter.

You may be required to pay restitution for any damage or economic loss suffered by a victim. All restitution payments must be made to the Court for disbursement to the victim.

Following a trial, you have the right to appeal a final judgment of this Court to the Superior Court. The Notice of Appeal must be filed within 14 calendar days of the judgment against you. The Judge in your case will advise you of your appeal rights following sentencing in your case. If you decide to appeal, you will receive information on how to file the necessary papers to “perfect” your appeal. You will also receive information about the fees for a copy of a recording of your trial.

In ruling on your appeal, the Superior Court will review the issues of law arising from your trial or hearing. Your appeal will not result in a retrial of the facts and you will not be allowed to present new evidence or testimony on appeal.