The City of Avondale will dedicate a public art display titled “Service. Strength. Sacrifice.” on  Sept. 11, honoring Arizona’s first responders. An event is planned at Avondale City Hall that day at 9 a.m. to showcase the new public art display in the lobby.

The exhibit includes a collection of more than 100 patches that represent first responder agencies throughout the state. Public safety agencies in Arizona were invited to contribute patches to this project, to be incorporated into a permanent public display. The display, intended to be both a tribute and thanks to Arizona’s law enforcement and fire/medical personnel – was funded by the Avondale Municipal Art Committee. With more than 100 agencies represented from around the state, the display has room to expand, and will serve as a beautiful fixture in the lobby of City Hall for the public to enjoy for years to come.

The City invites the public, as well as representatives from fire/medical and law enforcement agencies, to gather on Sept. 11 at 9 a.m. for a short ceremony honoring Arizona’s first responders for their service, strength and sacrifice. The ceremony will include a remembrance of the lives lost on Sept. 11, 2001, and will end with a moving bagpipe performance of Amazing Grace, performed by Avondale firefighter, Battalion Chief Aaron Glass.

Refreshments will be served following the event. The public will have an opportunity to write a message of gratitude, acknowledging our first responders on a special display poster.  Avondale City Hall is located at 11465 W Civic Center Drive, Avondale, AZ 85323.   For more information call 623-333-1600. 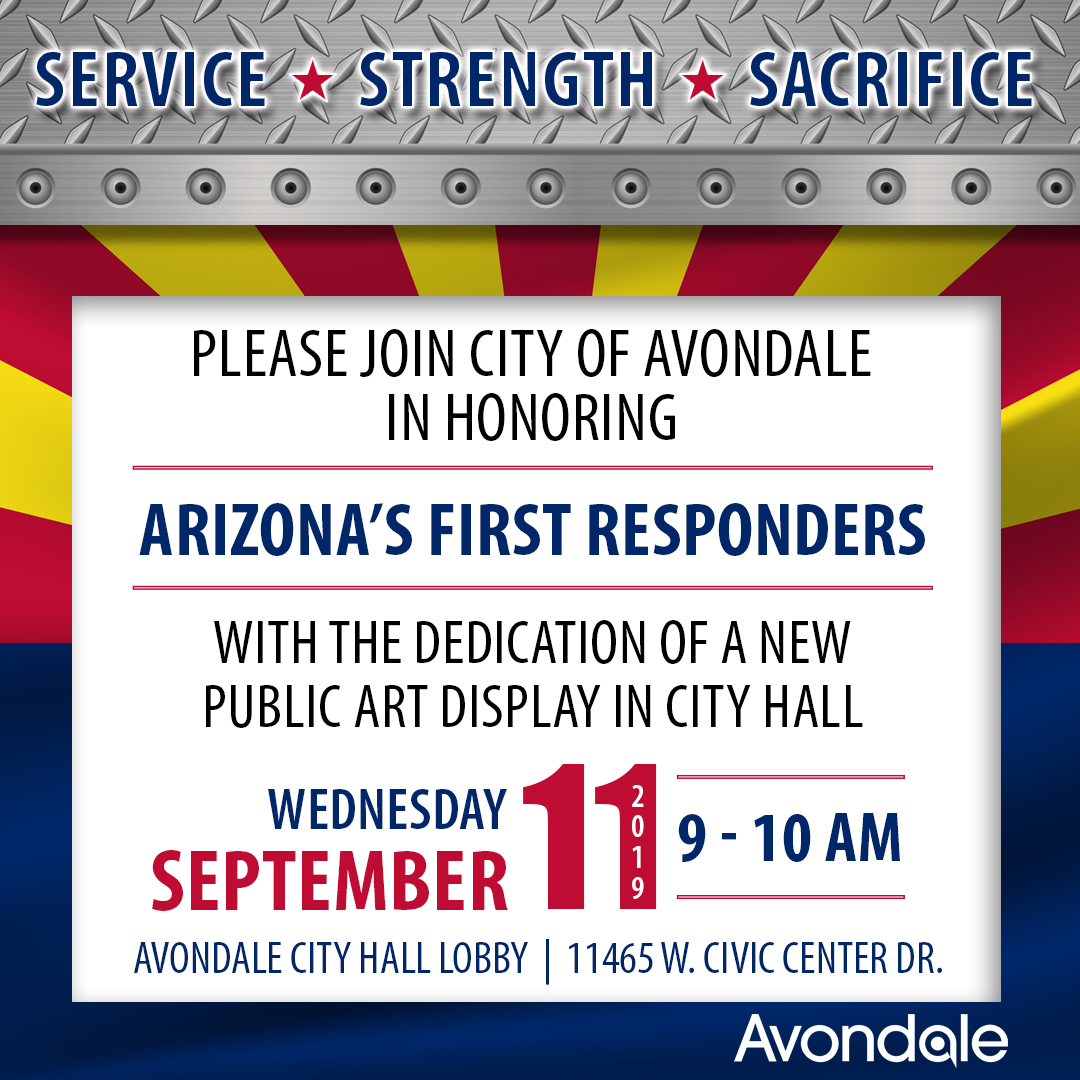