The City of Avondale today rolled out a Nissan LEAF Plus and two Chevrolet BOLTS, the first three all-electric cars in its fleet of shared pool vehicles.

The City of Avondale today rolled out a Nissan LEAF Plus and two Chevrolet BOLTS, the first three all-electric cars in its fleet of shared pool vehicles. The electric cars will replace some of the city’s older fuel vehicles that have outlived their lifespan.

Avondale employees were introduced to the new vehicles today during the city’s Employee Quarterly Meeting.  Mayor Weise was one of the first to get behind the wheel of a brand new electric car.

“These electric vehicles do not use a single drop of gas, which means no tailpipe, no fumes, and zero emissions into the environment. The City will continue adding more electric vehicles to our fleet, phasing out older, less-efficient vehicles that run on fuel,” said Hether Krause, Avondale’s Environmental & Sustainability Program Manager.

The city recently installed charging stations at City Hall, where the three electric cars will be housed.

“This is the wave of the future, and we’re excited to move ahead with the switch to these fully electric alternative fuel vehicles. Avondale will continue to introduce even more electric vehicles in the next few years to replace non-electric cars in our fleet,” said Russ Dangel, Avondale Fleet Supervisor.

The new electric fleet cars have a range of more than 226 miles, and are known for their benefits to the environment and other cost-saving efficiencies.

“Much of our air pollution in the Valley is caused by vehicles. Along with our Green Friday work schedule and other sustainable programs, Avondale is doing its part to improve our air quality,” said Hether Krause. 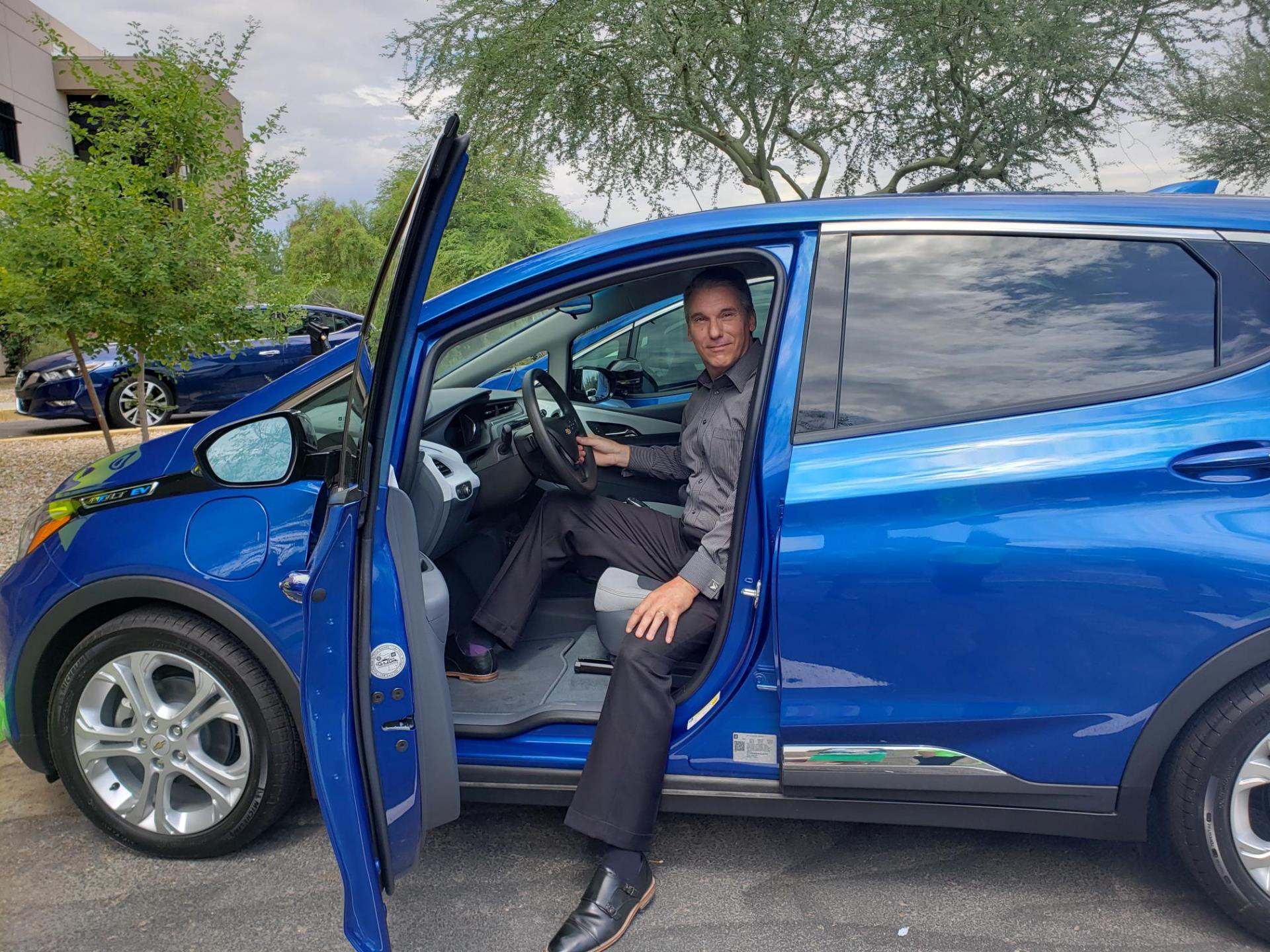 Avondale, Arizona is a community where people share a deep sense of pride in what has been accomplished and how far we have come. In Avondale, there is strong belief that the blending of a broad spectrum of cultures comes from a true sense of harmony throughout the community. Here, people and businesses are welcomed with open arms and supported in a way that exemplifies a dynamic, intelligent and driven city, ready to take on the future. Avondale is Aspiring. Achieving. Accelerating.